it’s not eavesdropping if everyone can hear
and they certainly aren’t shy, jackie & mike
a middle-aged couple, tans, teeth, tattoos
laughing so raucously if you closed your eyes
you’d think their heads flipped back at the neck
like pez dispensers

‘I said to her, I said You’re a good looking woman. What work have you had done?’
‘My God! If that doesn’t sum up the difference between men and women!’
‘I don’t see anything wrong in telling a woman she’s lovely, Jackie.’
‘No, Mike. It’s what you wrap it up in does all the damage’

‘I’d have my balls done, no question. It’s nice to have tidy balls.
I’m not so sure about the arse crack, though
I wouldn’t want someone fiddling around back there.’
‘Why? They’ve just been fiddling around with your balls.’
‘Yeah, I know, Jackie, but – here comes the science bit: concentrate –
a man’s balls hang round the front. Where you can keep an eye on them.’

The tannoy again. Something about
a horn blast, sinking, life jackets, mustering points, blah.
I pick up the conversation again on the subject of reproduction.

‘It’s true, Mike. Everyone’s female the first few weeks.
It’s the man’s sperm that decides
whether you stay female or go male.
It’s all about the chromosomes.
That’s why women are the purer sex.
And why everyone’s got nipples.
Do you want me to Google it for you?’
He reaches across the table and strokes her hand.
‘No, love. Relax. You’re on holiday.’ 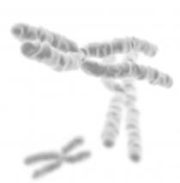 Jackie necks her drink.
‘Time for a quickie?’ he says
rattling his empty cup in the air.
‘I thought you’d never ask’ she says
and gets out her compact and brush
whilst Mike heads unsteadily
in the direction of the bar.